Who is responsible when a tree falls on my property or that of my neighbor? 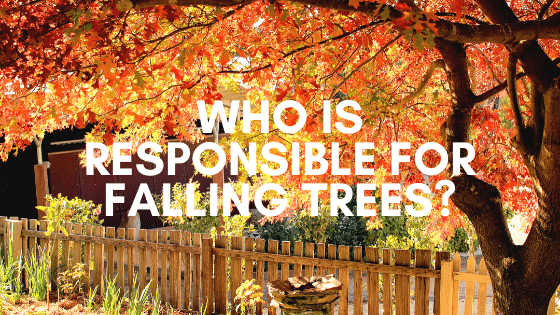 Let’s say you own a beautiful tree, and it’s mostly on your property, but overhangs into somebody else’s property. Let’s also say that the tree, or a branch from the tree, falls and causes damage to a neighbor’s property. Who is responsible for this damage? What if a neighbor decides to take action before anything falls and cuts down the whole tree, or maybe just the part that overhangs their property? All very complicated.

Indiana rulings will be based on Common Law

You may have your own opinions on what should happen, but in Indiana, courts have decided over many years, building off of prior decisions through something called judicial precedent, exactly who is responsible. And Indiana’s precedent is just a small part of the “Common Law” system that America has inherited from England. So, the judges will rely not just on how prior Indiana judges have decided, but will also reach all the way back to medieval English decisions and the principles laid out back then.

Common Law is the ocean that other laws swim in, but it can be changed by statutory law, like when Indiana’s legislature or the U.S Congress pass a law directly addressing that area. If no laws have been passed though, the Common Law precedents are mostly what will decide how the judges rule.

Back to the falling trees

When it comes to the specific case we described at the beginning, this will rely on many intersecting parts of Common Law and statutory law, including laws on property lines, property damage and “acts of God.” The matter would be decided as a civil or “tort” case assigning responsibility for damages to person or property, not as a criminal case. An exception would be if the person purposefully cut the tree down and directed it towards your house in an attempt to harm you!

Now that some of that legal foundation has been set, here is Indiana’s specific precedent on this matter, which will influence the judge in deciding your case:

Need help removing a tree or branches along a property line? Call Anthony’s

We will add that Anthony’s Home Care Services LLC dba Anthony’s Lawn Care and Landscaping is not an attorney, just tree experts. If you have a tree that has fallen on your property or that of your neighbor it will be important to talk to your inurance company or an attorney if there are issues with property lines and fault. If you’re in Bloomington, Indiana, or the surrounding areas, Anthony’s can assist in taking down a problem tree or limbs. Before doing so, we’ll want to confirm that the tree can be legally taken down and is on your property, if there are any questions surrounding it. But then we’re here to get the job done. Call (812) 345-5694 today.